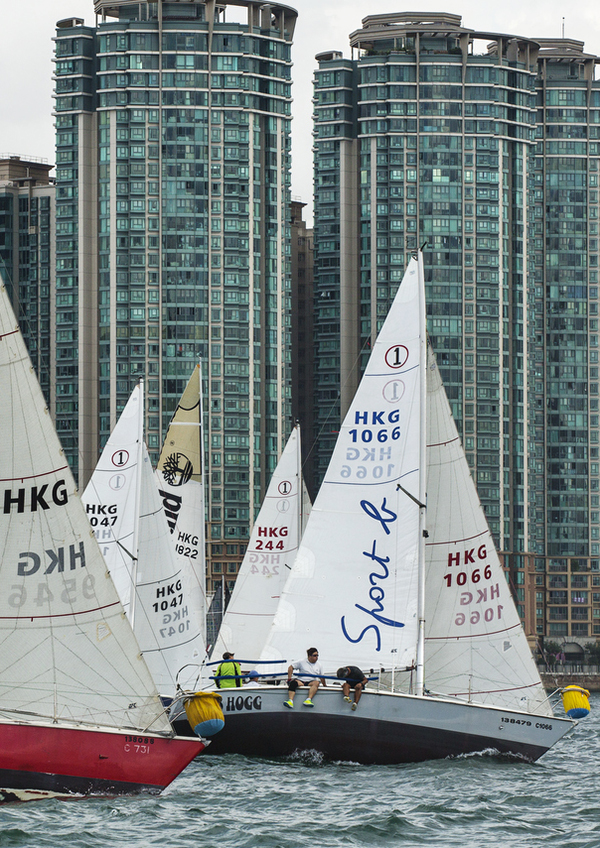 Designed by David Thomas in the 1970s, and built by Hunter Boats in Essex, England, the Impala provides a great boat for both racing and cruising. 155 Impalas were built in total, of which over 100 are still active today, approx 15 in Hong Kong, with many of the rest in the UK, where design modifications often include an inboard engine instead of the outboard used in Hong Kong.

Impalas race actively throughout the year - during the winter season (September to May) there is a full schedule of races in the harbour on Saturday afternoons, while during the summer the Impalas move up to the RHKYC location at Port Shelter, 'Shelter Cove', and race in the Hebe Haven Typhoon Series on Sundays.

Unlike the other fleet racing boats at RHKYC, the Impala is just big enough to participate in other Hong Kong sailing events typically reserved for larger boats, and so Impalas are always represented in the gruelling but fantastic '4 Peaks' race as well as the annual race to Macau. The Impala is a 28' yacht, with a beam of 9'3" and draft of 5'4". She is typically raced with a crew of 5 or 6 and can sleep up to 4 people.

It is for safety purpose that the Club employs this new entry system. Please try your best to include all your crew (including skipper) emergency contacts when entering / signing on.

If you are interested in learning more about the Impala Class, please contact us any time at impala@rhkyc.org.hk

All notices of race are in PDF format and it can be retrieved and printed for use. The PDF file required Acrobat Reader which can be downloaded for free from ADOBE.