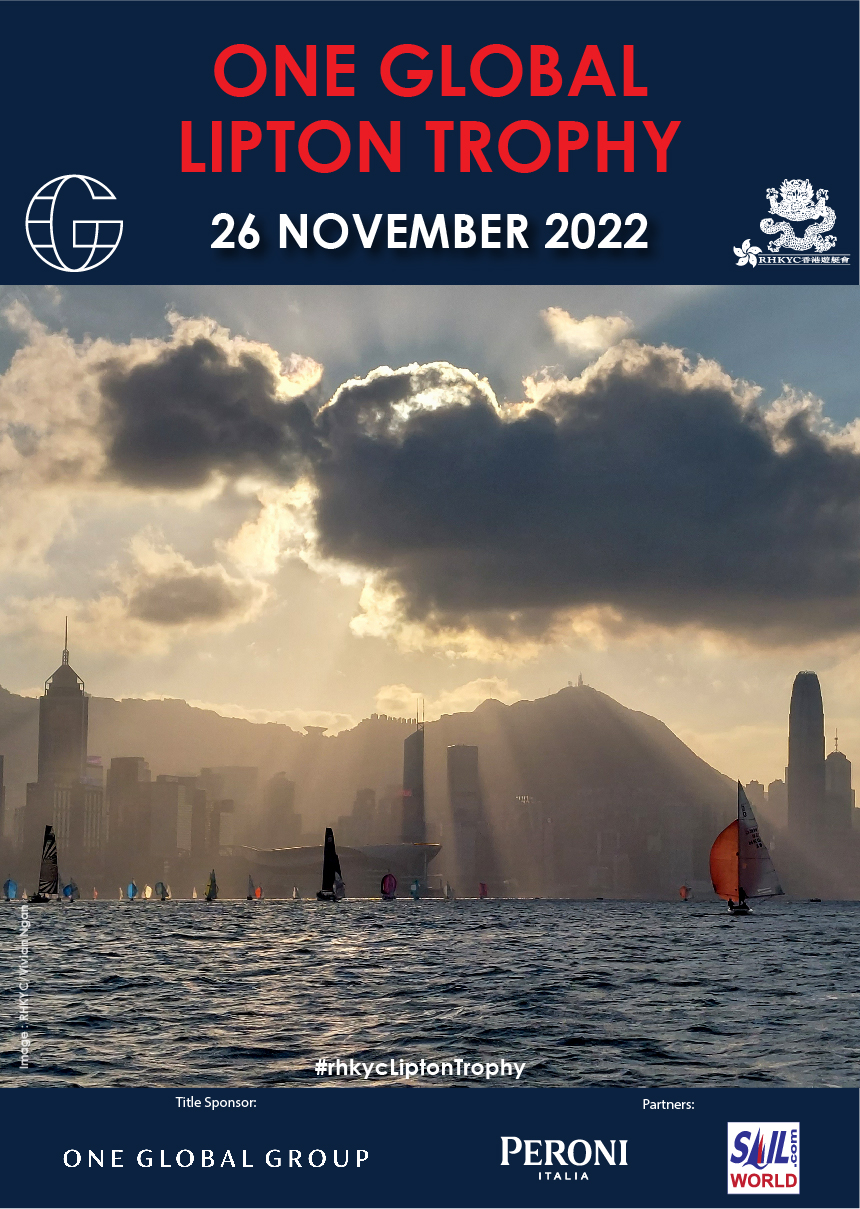 The Lipton Trophy is a pursuit race, which is different to normal yacht racing in that competitors are given staggered start times under RHKATI handicap, ie. the slowest boats start first and then the faster boats set off in pursuit, with the time delay between classes of boats being determined from their handicaps. If all boats are sailed equally well, they should (in theory) all finish at the same time.

There are three Harbour pursuit races held each year, namely the Lipton Trophy, the HKRNVR (Hong Kong Royal Naval Volunteer Reserves) Memorial Vase Pursuit Race and the Tomes Cup. These three events, together with the annual Around the Island Race held in November, create a series known as the “Top Dog Trophy Series” with the “Top Dog” crowned at the end of the season.

HISTORY OF THE LIPTON TROPHY

Courtesy of the late Frank Hydes

Bob Hawley and Richard Hownam-Meek were joint owners of the yacht "Calypso". Bob's company were the agents for Lipton Tea and the Lipton's representative, who was himself a keen yachtsman, used to time his annual visits to Hong Kong to enable him to do some racing with Bob and Richard.

One year he joined them in a Hong Kong Royal Navy Volunteer Reserves Memorial Vase race and happened to mention that Lipton Tea had recently given a trophy to a Club in the UK. Bob and Richard plied him with more beer until their hint penetrated and a few months later a magnificent silver model of a J Class yacht resulted.

For the benefit of the younger generation, between 1899 and 1930 Mr (later Sir) Thomas Lipton challenged repeatedly for the America's Cup and built no less than five "Shamrocks". In 1920 Shamrock IV came within one race of winning the cup. Terms laid down by the New York Yacht Club included the stipulation that the challenger should have sailed across the Atlantic to challenge. Interesting also, perhaps, as representing the social attitudes of the times, Lipton, considered a mere grocer by the Committee, was never accepted for membership of the Royal Yacht Squadron.

Early Bird Entry Fee (by 1800hrs on Sunday 14 November 2021): $250
Standard Entry Fee: $300
Please include all your crew (including skipper) and their emergency contacts when entering / signing on.

(To update entry informaiton only)

(Remember to select all crew 'ONBOARD')