As a Sailing and Rowing Club the Royal Hong Kong Yacht Club organises yacht racing for its members all year round. Yacht racing in considered to be one of the core sports of the Club and is one of the primary reasons that the Club operates.

Members with boats on moorings at our three Club Houses require a sampan to get to, and from, their boat from the Club’s pontoons. Sampans are therefore first and foremost for transporting boat owning members between their boat on the mooring and the pontoon at the Club.

There are a limited number of sampans available in the Causeway Bay Typhoon Shelter and during busy regattas, such as the Nations Cup, Around the Island Race and the Spring and Autumn Regattas, etc, all the sampans are required to enable the large number of Club Members and their crews to get to and from their boats to take part in the yacht racing. As has been the case for many years, on these occasions it is not possible to also operate a sampan to Jardine Steps.

The Club wishes to thank non boat owning members for their understanding on these important racing days for the Club.

The Club Sampan will not standby at Jardine Steps. Members who wish to have the sampan collect them from Jardine Steps should call the sampan on 9471 2168 and ask to be collected. Members should note that the sampan service priority is to take members from the pontoon to their mooring and vice versa. Sampans operated by or for the Club that are flying the Club burgee are FREE of charge. If the sampan is not flying a Club burgee, then the sampan operator is private and will charge for services.

The sampan is for members of the Club and their accompanied guests and those taking part in organised sailing and rowing activities. 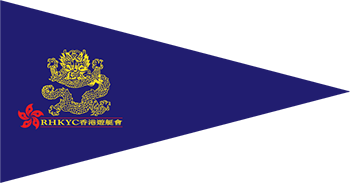