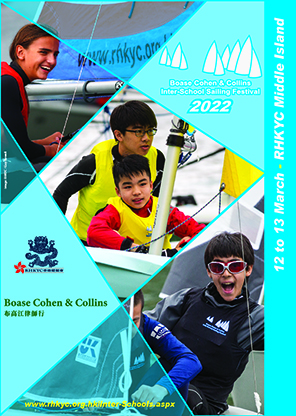 The inaugural Inter-School Sailing Festival was organised in 2003 by the RHKYC’s parent-led Youth Sailing Class, to encourage more schools’ sailing and sail training in Hong Kong.

The concept was simple – each team would consist of a minimum of six sailors, who would race three dinghies in a team racing format against their opposition. The results for each boat in a team would be combined and the team with the lowest combined score would win; hence a team finishing 2nd, 3rd and 5th in a race would prevail over a team finishing 1st, 4th and 6th.

The team racing format has the effect of neutralising the benefit of having one very good sailor in a team, as being first over the line is not necessarily the optimal result for the team. Tactics feature heavily, with competitors strategically delaying opposition boats to help boost their team’s aggregate score.