Join the Team Three Clubhouses (with maps)
About Vision and Mission 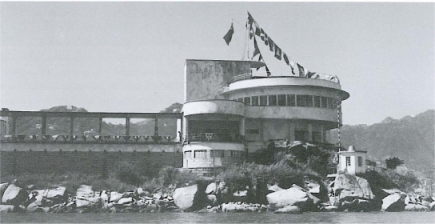 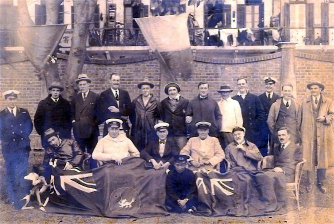 The first recorded yacht racing in Hong Kong began under the auspices of the Victoria Regatta Club which held its first meeting in October 1849 and regattas and other races were held by the Club sporadically until 1890.

In the previous year 1889, several yachtsmen raced by mutual agreement in a small class of boat known as Mersey Canoes and in 1890, for the better management of racing, they formed themselves into the Hong Kong Corinthian Sailing Club.

Mr M Beart was elected as President of the Club. In 1891 at the first General Meeting it was decided that the officers of the Club should be a Commodore, Vice Commodore, Captain, Secretary and treasurer and that the affairs of the Club should be managed by a Committee consisting of the officers of the Club and three other boat-owning members. At the General Meeting of the Hong Kong Corinthian Sailing Club held in October 1893 a resolution was passed that application should be made to the Admiralty for permission to call the Club "The Royal Hong Kong Yacht Club" and to fly the blue ensign with a distinctive mark on the flag. A warrant was granted by the Lords of the Admiralty on 15th May 1894.

Organised rowing in Canton took place as far back as the year 1832 and it appears that the oldest rowing club in the Far East was the Canton Rowing Club which was formed in 1837. There are records which indicated that from time to time members of the Canton Rowing Club rowed the 93 mile stretch to Hong Kong to show the flag of their Club despite the necessity of running the gauntlet of the Pearl River pirates who were very much in evidence at that period.

The Canton Rowing Club celebrated its centenary in 1937 and oarsmen from the Royal Hong Kong Yacht Club took part in an interport as part of the centenary celebrations.

At some date subsequent to 1849, the exact year is not known, another group of oarsmen in Hong Kong got together to form themselves into a club known as the Hong Kong Boat Club with a flag in reverse colours to that of the Victoria Regatta Club.

According to rowing historians in the Colony, they were an active and progressive club with headquarters in North Point. It is quite likely that this rowing was the first organised water sport in this part of the world.

The Club moved to Kellett Island in 1938 and the Clubhouse was built on the foundations of the old Naval Powder Magazine. The Clubhouse was opened officially in 1940 by the then Acting Governor, Lieutenant General Sir E. F. Norton. On September 17th 1945, the Club was "re-opened" by officers and men from HMS Vengeance after occupation during the war by Japanese Officers.

In 1951 a causeway was built to give access to Kellett Island by means other than water. This causeway was completed in 1952. Reclamation works became matter of course for Hong Kong as a Territory and slowly but surely, the Harbour shrunk. With the completion of the Cross Harbour Tunnel in 1972, the outline of Kellett Island ceased to exist although the name remained.