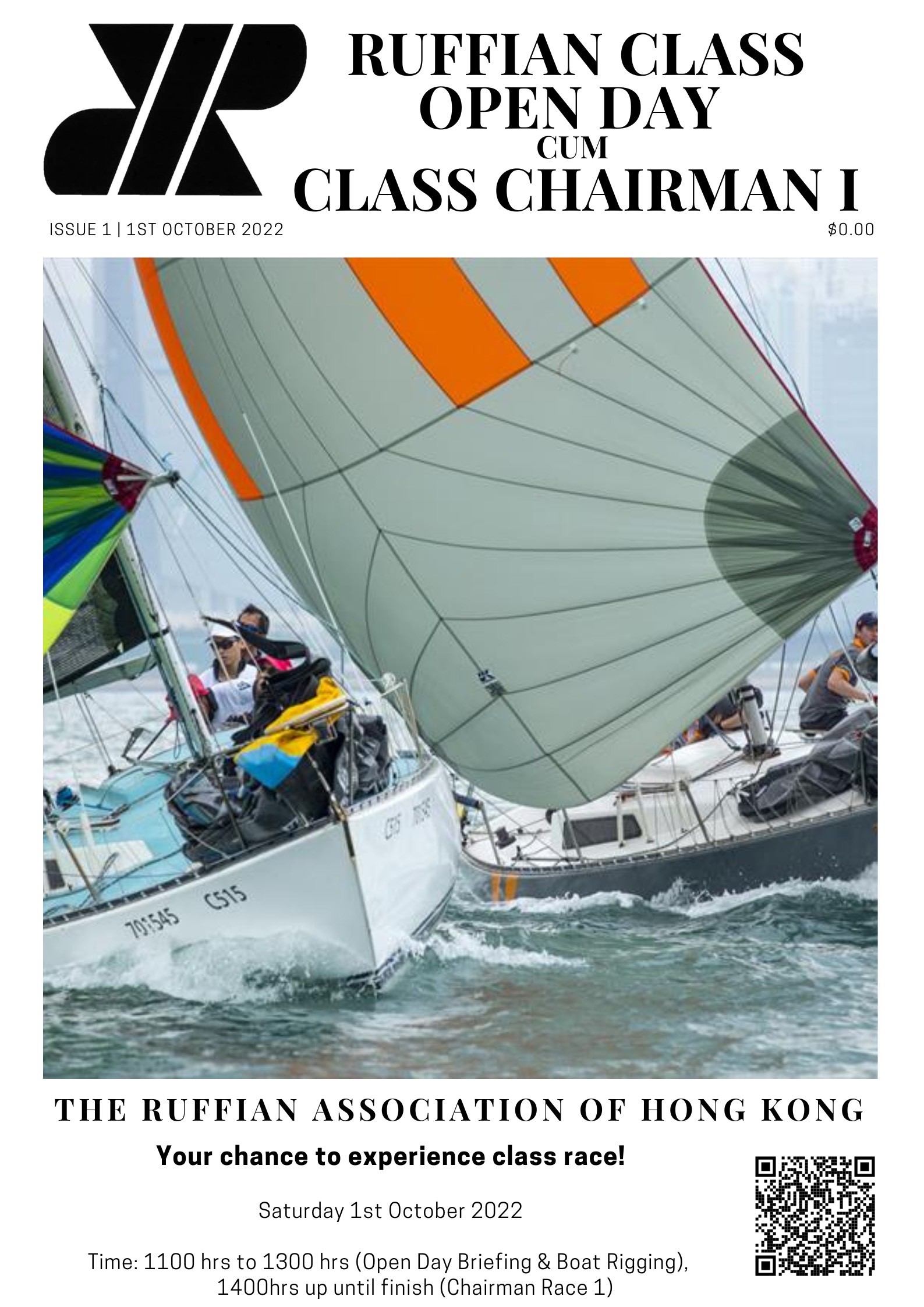 The Ruffian is a 23-foot cruiser/racer. It was designed in Northern Ireland in the 1970s with sailing in the Irish Sea in mind. The first Ruffians were built by Weatherly Yachts. The production subsequently moved to Dublin and from there to Cork in the Irish Republic. There are fleets of Ruffians in Northern Ireland, Dublin and Hong Kong. There are other small groups of Ruffians scattered around the globe.

The Ruffians of Hong Kong are an active and friendly class with a full racing programme. They have races nearly every weekend during the racing season (from early September to the end of May). The Ruffians also participate in various friendly races during the summer months including the RHKYC Friday evening Sunset Series. Ruffians are also an ideal day boat for cruising, or even overnight sailing in Hong Kong waters.

Since 2009 the Ruffian Class has undergone a significant resurgence, with between 10-14 boats now regularly participating in class racing events. Most Ruffian races are held in the harbour, however, the Rogue Series sees the Ruffians leave harbour waters for passage races to Port Shelter in Sai Kung, to the waters of the Eastern Approaches including Shek O rock and circumnavigating Hong Kong Island as part of the annual Around the Island Race. The Ruffians are the only class in the RHKYC to regularly hold such a series of races.

The social side of sailing is not neglected by the Ruffians, with after sail get-togethers on the verandah, dinners, sailing visits to seafood restaurants such as Po Toi O, an end-of-season prize giving, and various other parties at key points in the calendar.

It is for safety purpose that the Club employs this new entry system. Please try your best to include all your crew (including skipper) emergency contacts when entering / signing on.

If you are interested in learning more about the Ruffian Class, please contact us any time at ruffians541@gmail.com

All notices of race are in PDF format and it can be retrieved and printed for use. The PDF file required Acrobat Reader which can be downloaded for free from ADOBE.